This section narrates the story of the community through still and moving images. It also features photo essays by photographers who have documented  the community over the years

Vidura has been photographing the Chinese community in India for two decades  and through his work engages with the fluidity of categories such as nation, identity and belonging. In this series Vidura looks at Home,  a space of dwelling and making

Kite flying, Kolkata
There is a long history of Chinese presence in India, particularly in the port cities of Kolkata Mumbai and Chennai. According to anthropologist Ellen Oxfeld, the history of the Indian Chinese can be traced back to the arrival of Yang Da Zhao, a sailor in Calcutta in the 1770’s. Sources indicate that Warren Hastings, the first Governor General of India gave land to Yang to cultivate sugarcane and manufacture sugar. In the 19th century, as more Chinese arrived in search of employment they found work as “shoemakers, ship-carpenters, and hogslard manufacturers” and in the tea gardens in the District of Darjeeling and modern-day Assam
Tiretti bazaar, Kolkata
The market situated in Kolkata’s Poddar court is now a pale shadow of its former self. It is however still possible to eat siu mai, fish ball soup, steamed buns and fried dough sticks. The ethnic Chinese in the area still come out in the mornings to meet friends, sell their wares and buy vegetables and meat. It is a common sight to see people sitting reading the newspaper and sipping on milky cups of tea, eating Kamala puri (as the aaloo puri is popularly known) served from a makeshift stall beside a bust of former Indian Prime Minister, Rajiv Gandhi.

One of the earliest accounts of this Chinese settlement in Kolkata’s Bow Bazaar area are by an Englishman called Chaloner Alabaster dating back to 1857. In his account he noted that “living in and about Cossitollah and Durrumtollah, they [the Chinese] had built a fine temple in one of its lanes, thereby constituting themselves a community, for without a joss house there is no community in China.” He also describes is some detail the economic activities of the Chinese, and importantly, underlines the absence of women among the early settlers indicating that their presence was temporary

Yee Hing Club, Kolkata
The Yee Hing Club is one of the few Chinese clubs remaining in Kolkata. Set up along the lines spoken dialect, the clubs offer the city’s ethnic Chinese a space where they can spend time with each other, drinking, playing cards or mahjong
The Kim Brothers, New Delhi
The Hugh brothers are among the last families to still make custom hand-crafted shoes. The Hugh brothers, who run Kim Brothers, a shoe shop in New Delhi’s Jor Bagh colony, were born in Punjab and moved with their parents to Delhi in the late 1950’s.
Ku Ku, Chennai
Ku Ku was in her 90’s when this photograph was made. According to her family, who live in Chennai, Kou Kou and her late husband, who was a dentist, walked from Burma to India in the early 40’s. They moved from one city to the other before finally settling in Chennai.
Jacob Shen, Kalimpong
Jacob Shen, interacts with students at the Benjamin Garden School, run by his family. Mr Shen’s father, Shen Fu Min, was the first headmaster of the Chinese Chungwah School set up for the children of Chinese Trading Community settled there. Shen Fu Ming is also remembered by many in Kalimpong for his exquisite watercolour landscapes.

According to a biographical note on his father that Mr Shen shared with me, Shen Fu Min “arrived in Calcutta by flight on the 22nd of December 1941, with a suitcase of books and Chinese $ 500/- then worth about Rs 8000/-.” The school was initially established on a site where Kanchan cinema stands today. The school was later moved to its current location in Bong Basti. There was no school fee and the community would contribute towards the upkeep of the school.

Li Su Chin, Tinsukia
Shortly after the border conflict between India and China ended in 1962, Li Su Chin was arrested and interned in a camp in Deoli, Rajasthan. Before the war in 1962 her husband, Wang Su Chin ran a successful sawmill in Tinsukia supplying sleepers to the Indian Railways. Their property was seized and sold by the government. They lost everything– the GMC vehicles and the many elephants they owned, the machinery in the sawmill and all their other property. After their release from the camp her husband turned to providing private tuition and survived the years after their internment with the help of other families. In 1970, they opened Hong Kong restaurant.
The Mall, Shimla
In the years after 1962, “overt signs of ‘Chineseness’ were buried for fear of being conspicuous and thus being targeted. The community kept a very low profile and just struggled to carry on.” Lee Ping Choy (as quoted in Liang’s Oral History of the Calcutta Chinese) recalls, “going to work was humiliating. People seeing our Chinese faces would throw stones at our workplaces and even at us when we passed. Some of us even got kicked out of buses.” Scarred by the treatment of ethnic Chinese families at the hands of the Indian government, Chinese-Indians migrated to Canada, the United States, Taiwan and other European countries.
Shaida Chini, Jamshedpur
Liu Yong Ven (seated in the foreground) or ‘Shaida Chini’ as he is popularly known in Jamshedpur’s literary circles was a well-known Urdu poet. His collection of poetry– Lakeeron ki Sada– was released in 2009.

According to a report in the online edition of The Telegraph Shaida Chini “raised quite a few eyebrows when he penned his bold nazm, Mazdoor Awaz, in which he expressed his disapproval of China’s policy and role in the war.” In the article Shaida Chini is quoted as saying “I was the cynosure of all eyes during the Chinese aggression. Though I was a man of Chinese origin, I used to recite poems against China that too in Urdu, which used to take the listeners by surprise.”

Teresa Tan and Li Ying Liang (seated), Chennai
It was in the 1960’s that the Chinese first ventured into the beauty business. The 1962 war had changed the lives of many Chinese families across India. Businesses were affected and Indian Chinese women who had always played a supportive role in family businesses, took to hairdressing to help the family through these tough times. Good with their hands, they have today carved a niche for themselves in this field. It is common for families to run a restaurant or a dental clinic and a parlour in tandem.
Fu Xing Sun, Shillong
At one time there were close to eighty ethnic Chinese families living in Shillong, the capital of Meghalaya. Today there are only fifteen to twenty families left. Many Chinese families from Shillong were detained in the internment camp in Deoli, Rajasthan. Some families like that of George Leong, a local businessman spent close to 7 years in camps in Rajasthan and Assam. The troubles didn’t end with their release from the camp and for years after the war, sometime till the mid 80’s families had to report weekly to a local police station and inform the police of their whereabouts. This constant need to report to the local authorities often led to the harassment of ethnic Chinese families. In a conversation with me, George Leong mentioned how his fathers’ request to travel to Kolkata in the early 70’s, to attend his eldest daughter’s wedding was turned down by the local authorities.
Mithun Tham, Dehol T.E.
I met Mithun Tham at his home in Dehol Tea Estate. He was busy skinning chicken to roast them Chinese-style for a housewarming dinner to celebrate his brother’s new house. His brother, Ashish Tham (next image) who is married to a lady from Bengal, held a puja in accordance with Hindu rituals earlier in the day to mark the same occasion.
Ashish Tham, Dehol T.E.
Ashish Tham (third from right) with a calf outside his new home. After a puja performed by a local priest to mark the grihapravesh, Tham prepares to walk a calf into his new home. In Hinduism, walking a cow and her calf inside a house on the day a family enters their new home is considered auspicious and said to bring prosperity.
Charlie Ma, Chennai
Charlie Ma is a well-known exponent of Bharatanatyam, a classical dance form whose origins can be traced back to the Hindu temples of Tamil Nadu in Southern India. According to a short biography on Ma’s Facebook page, he “was initiated into the sacred world of Bharatanatyam by Guru Smt.Vidya Shimladka.” He subsequently trained with other teachers and today works under the guidance of Smt. Poornima Ashok, who is a disciple of Padmabhushan V.P Dhanajayan and Shanta Dhanajayan.
William Chang, Kolkata
William Chang (right), is an advertising and wedding photographer of repute. In 2010 Chang was awarded the “Kodak Wedding Photographer of the Year” for The Best Wedding Photo Story by Better Photography, a well-known photography magazine in India.
Stephan Leong, Shillong
Stephan Leong (on the right), technical director of the All Meghalaya Karate-Do Association and noted karate teacher training students at the Y.M.C.A in Shillong, Meghalaya. Leong, a popular teacher, is credited for training Linza Fenny Syiem, and Damang Syngkon, who won many medals for India in international competitions. Unfortunately, Leong died young after a prolonged illness at the age of fifty-two.

Pei Moy School, Kolkata
Once an important institution within the Chinese community, Pei Moy closed its doors to students in 2010. Low enrollment of students and disputes between various groups within the community over the management of the school are cited as the main reasons for its closure. The school located in Tangra, Kolkata still remains an important site and is host to many cultural and sporting events throughout the year.
Chinese New Year
In 2008 I followed the Fitness Group, a lion dance team as they performed in tanneries, restaurants and homes to usher in the New Year.

Initially a male preserve, today the dragon dance is open to both men and women. Jennifer Liang and her friends initiated the Fa Mulan lion dance team in 2000. An all-women’s group, they were initially not welcomed by many families as it was considered ill luck by many for girls & women to perform the dance. But by the second year, all sections of the community welcomed them with open arms, reflecting a change in the community as well.
Out of gallery 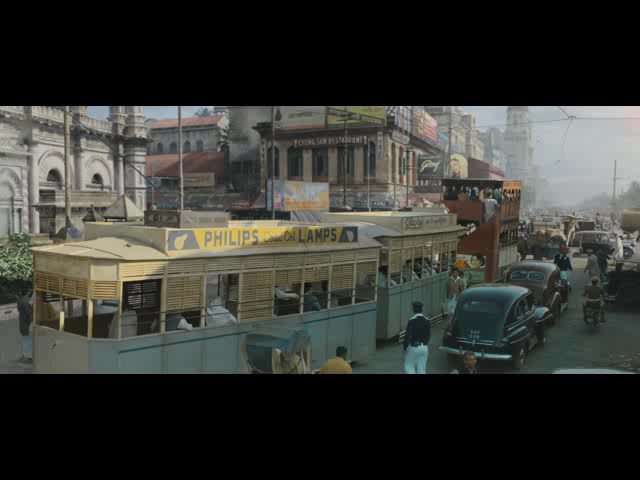 A Filmic Reconstruction of Calcutta's Chinatown in the 1940's