A living archive of the community

The Indian-Chinese or Desi-Chinese community  constitute a  numerically small,  but not insignificant part of India.  Generations of people of Chinese origin have settled and lived in India for over two centuries and have assimilated into the cultural fabric of the country even while preserving aspects of their ethnic culture.  The unique blending of these two ancient civilisational cultures is best exemplified in the emergence of a new hybrid  culture “Indian-Chinese”  as evidenced  in the domain of food.

Indians and Chinese constitute two of the largest diasporic communities in the world and it is not difficult to find these two communities in far flung parts of the globe  with the presence of "Chinatowns" and “Little India” in different parts of the world. But within the larger story of diaspora and migration, the story of the Chinese in India stands apart for a number of reasons.

Numerically the Chinese in India never exceeded 50,000 at its peak and this number has dwindled significantly in the present day and yet at the same time the ubiquitous presence of Chinese culture (in the form of food, beauticians, dentists or shoe makers) gestures to a significant presence of the community as an integral part of India. It is therefore surprising that with the exception of a few scholarly books, some journalistic accounts and a handful of films and fiction, the Chinese in India remain relatively invisible. But despite their numerical insignificance or perhaps precisely because of it, the story of the Chinese in India is a story that needs to be told.

For a community that does not seem to have too much of a textual presence in the archives this poses an interesting narrative challenge as the story has to be reconstructed through fragments in the form of oral memories, visual narratives and spatial histories.

This website attempts to  document and tell the story of the Indian-Chinese community.

The Dancing Lion of Mazgaon

The Materiality of Friendship 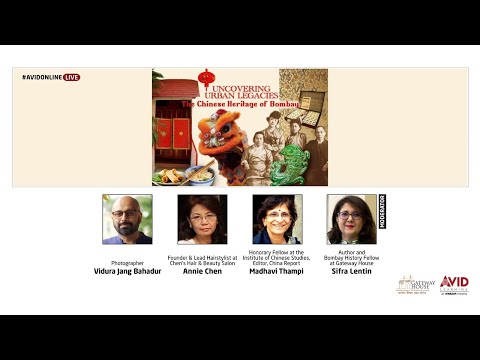